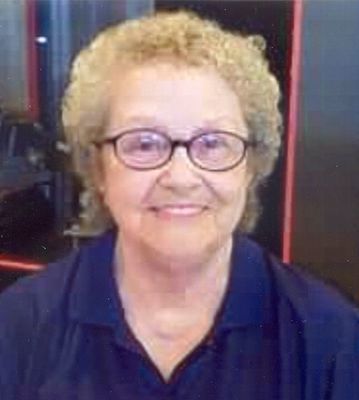 She was born August 24, 1930 in Kirksville, MO a daughter of George Alvin and Helen Clarabel Mabis Blodgett. She married Oscar Wayne Brumbaugh on March 6, 1948 in Ottumwa, IA. To this union, four children were born, Sharon (Albert) Branham of La Grange, Kay (Alan) Dornacher of Cosby, TN, Daryl Brumbaugh of Great Falls, MT and Steve Brumbaugh of Durham, MO. She later married John Allen Cooper in Topeka, KS on December 21, 1969. Erma and John resided most of their life in Holdrege, NE until 24 years ago when they moved to

La Grange to be closer to family. He passed away on September 14, 1997.
Erma at the age of 75 decided to get her G.E.D. in order to work at Mark Twain Casino in La Grange. She worked there many years in the Guest Service Department. She was a member of the Laughlin Chapel Community Church in Kirksville, MO.

Funeral services were held March 16, 2020 at the Davis Funeral Home in La Grange with Rev. Barry Pfister officiating. Visitation was held prior to services. Music: How Can I Help You Say Goodbye, When I Get To Where I’m Going, Go Rest High On That Mountain and Amazing Grace.

Burial was in Memorial Cemetery in La Grange.
The family suggests memorials be made to Sharon Branham for a memorial to be named at a later date.