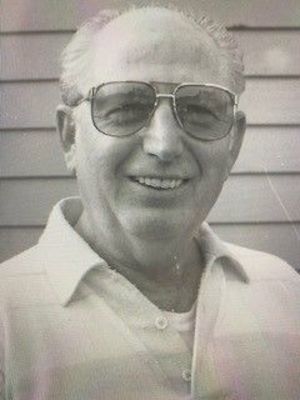 Robert A. Vancil, 98, passed away peacefully of natural causes on August 14, 2020 at The Springs at Clackamas Woods.
Robert was born on February 12, 1922 in LaGrange Missouri along the Mississippi River. He was the son of Alva and Alvin Vancil. He loved fishing for catfish and playing basketball. He was the star basketball player at LaGrange High School and was often seen running in the hills of LaGrange to stay in condition. On weekends he would hitchhike 10 miles up river to Canton, Missouri where he played basketball with and against Culver Stockton College players. He graduated from LaGrange High School in 1940. He enjoyed reminiscing about his hometown of LaGrange and enjoyed keeping in contact with his hometown friends.

He moved to Portland after high school and worked at ESCO until World War II where he served in the Army Air Corps. After the war Bob took the Portland Police exam and was hired and worked for 25 years until his retirement. He was a member of the Portland Police Marching Drum and Bugle Corps where they marched in President Eisenhower’s Inaugural Parade in Washington, D.C.
Bob was a lifetime St. Louis Cardinals fan. Stan Musial was his favorite player. He never missed a game on television. He went to several Cardinal Series in Minneapolis, Milwaukee and Chicago with different friends and family and had lots of tailgate parties.

In his retirement he enjoyed carpentry and traveled extensively in the U.S. He was a member of the Westmoreland neighborhood for 67 years where he held court on the annual 19th street block party and was known as the “Mayor of 19th Street”.

Bob was married to his late wife, Georgia of 49 years and is survived by his children, Karen Toops, Sharon Boomhower (Carl) and Terry Vancil (Chris). He has seven grandchildren and ten great grandchildren.