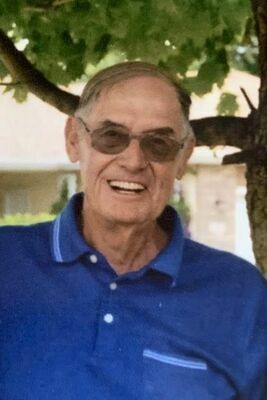 Ken graduated from LaBelle High School class of 1954. He played basketball throughout his high school years. After high school Ken attended college in Kirksville and worked in Quincy until being called to serve his country. He served in the army and army reserves from 1958 to 1964. He graduated from Gem City College in 1961. Ken retired from Oscar Mayer after working as an accountant for 26 years. After retirement he became a fulltime golfer! He had many interests but most dear to him was time spent with wife, children, grandchildren and great grand-children.

Preceded in death by his parents, his brother Robert, and his grandson Derek Mesenbring.

Memorials suggested to Hospice of Kankakee Valley or the donor’s choice. Memorials may be left at or mailed to Coder Funeral Chapel, P.O. Box 151, LaBelle, MO 63447