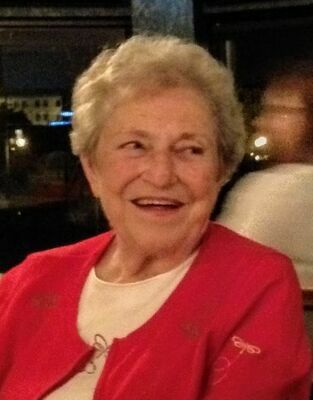 Mrs. Audrey A. Collins, 87, died February 9, 2021 at St. Luke’s Hospice House in Kansas City, MO. She was born September 26, 1933, in Peoria, IL a daughter of Grace Smallwood Phillips and Charles Phillips. She graduated from the Blessing School of Nursing as an RN.

She married Harold F. Collins on May 10, 1957 in Canton, MO. Harold preceded her in death on July 9, 1994. They lived for a few years in Kirksville before settling down in Canton where she lived for more than 50 years. Audrey worked for the Lewis County Health Department before retiring from nursing in the mid-80’s. She served on the Lewis Co. Health Department board of directors. She was a member of the P.E.O. and Eastern Star. Audrey was an avid reader and enjoyed playing bridge. She was a member of the Immanuel United Methodist Church for many years.

Funeral services were held February 13, 2021 at 3:00 p.m. at the Davis Funeral Home in Canton with Pastor Dawn Gerard officiating. Musical selections: Hymn of Promise, How Great Thou Art and Because He Lives. Pallbearers: John Collins, Mike Collins, Matthew Collins and Ivan Engeman. Visitation was held prior to services.

Burial was in Forest Grove Cemetery in Canton.

The family suggests memorials be made to the Canton Public Library.