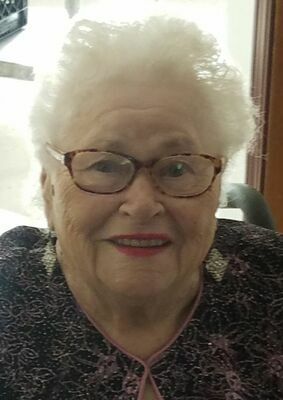 The daughter of Richard and Jesse Smith Bross was born on July 16, 1927 in rural Marion County, Missouri.

Dorothy was a member of the Canton Christian Church. She liked to play Bingo, card games, watch bowling, do crossword puzzles, cooking and she enjoyed Christmas time. She loved to spend time with her family.

Graveside funeral services will be held Saturday, June 12, 2021 at 2:00 PM at the Forest Grove Cemetery in Canton, Missouri with Rev. Mandy Gosik officiating. Visitation will be held Saturday from 11 AM until the time of services at Arnold’s Funeral Home in Canton, Missouri. Pallbearers: Jody Slater, Ian Slater, Caitlin Roberts, Ryan Roberts, Trevor Boyer and Luke Lambert.

Memorials may be made to PAW Ft. Madison Animal Shelter.