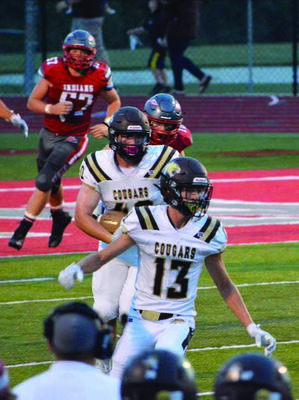 Zander Johnson #40 carrying the ball and Cameron Bringer #13 ready to block for him. 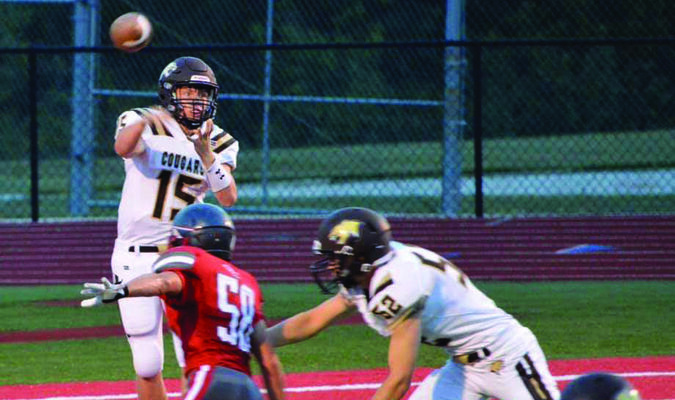 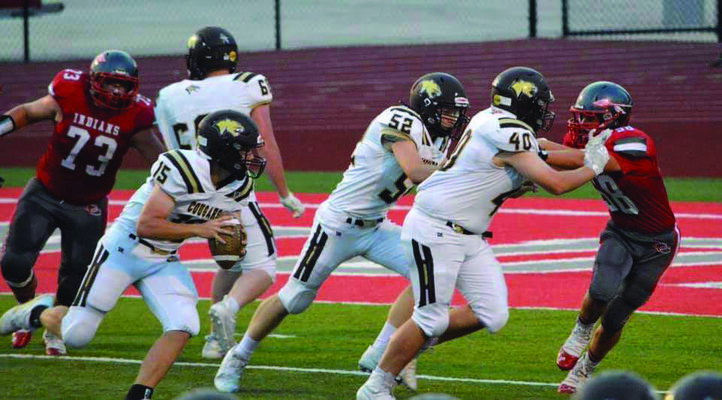 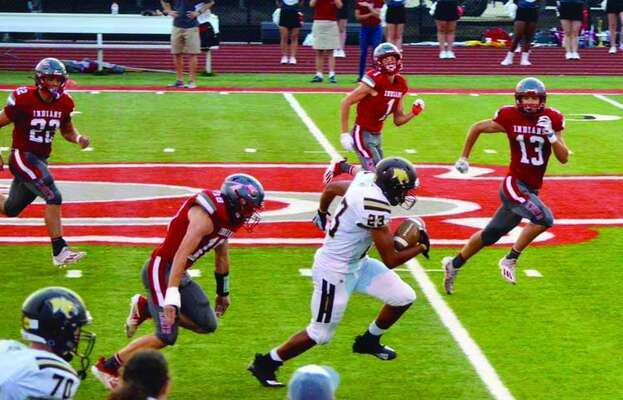 Highland traveled to Clark County on September 10. The Cougars beat the Indians 38-0. Cameron Bringer continued his interception streak with 2. Bringer has had 4 interceptions in 3 games. The defense played well and earned their second shutout so far this season. On offense, Robert Goehl had a touchdown run and Drew Mallett also had 2 touchdown runs, one of which was 93 yards. Mallett threw 2 touchdown passes to Devin Stutsman to round out the scoring. The Cougars are scheduled to host Macon at home for Senior Night on Friday, September 17.