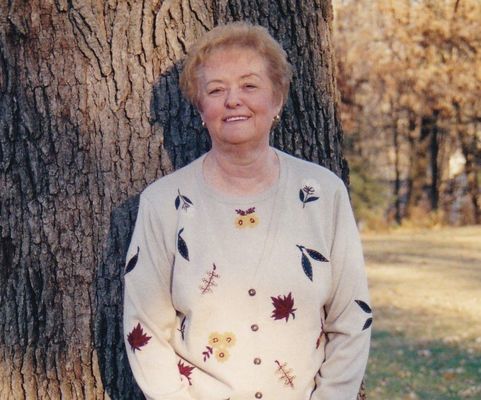 Dixie Janney, 82, left this earth to join her heavenly father and beloved family members on March 4, 2020. Dixie was born on January 18, 1938 in Indianola, Iowa to Arthur and Eva Downey. She met Robert, the love of her life, at 16, and spent the next 66 years at his side, helping to grow and manage Janney Builders Supply and Construction. Dixie worked tirelessly throughout her life helping everyone around her, whether on the construction site, managing the bookkeeping, or rocking her beloved grandbabies and great grandbabies. Dixie was a member of the Church of Christ, the Methodist Church and St. Joseph Catholic Church.

Dixie married Robert Janney on February 24, 1955. They were best friends and were always together. They had the blessing and joy of raising their three children, Rick (Carla) Janney, Kim (David) Gaither, and Jeff (Dell Ann) Janney. Dixie was an amazing mother, grandmother, and great grandmother. She was a person who cared for her family and entire community deeply. She was passionate about reading and worked to instill her love of reading in each of her children, grandchildren, and great grandchildren, reading to each of them for hours. She set aside time to help babysit all of her grandchildren in their early years on top of her work at the business. Dixie was also a talented singer who loved music, singing to all of her babies through the years. Dixie also loved playing bridge and it gave her great delight anytime she could beat Robert at their monthly bridge gatherings.

Services were held at Davis Funeral Home in Canton with visitation March 7 and the funeral services held March 8. Pallbearers: Nick Janney, Dylan McKinnon, Jesse Uhlmeyer, Louis Gaither, Avery Uhlmeyer, Aiden Gaither, Kirk Brown and Doug Collins
Memorial gifts may be made to Canton High School for the gymnasium sound system or to the charity of the donor’s choice.