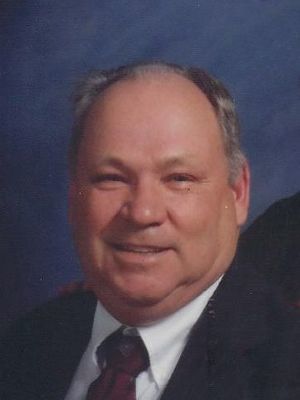 He was born on January 15, 1941, in Hannibal, Missouri, the son of Francis and Mary Hart Dodd.

He was united in marriage to Sandra Kay Carroll on July 1, 1961 at St. Joseph’s Catholic in Canton where they lived all their married life.

Richard attended St. Joseph’s Catholic grade school and high school in Palmyra, Missouri where he graduated in 1959. He had a magnificent life. As a young man he worked at Moorman Manufacturing in Quincy, Illinois but desired to do more. He started the Dodd Beauty Wall Foundation Construction Company. Later in life, he sold his business and managed the Ideal concrete plant in Canton. He also built storage units, apartments and homes.

Richard was a Canton City Alderman, served on the Canton Food Pantry Board and Eagles Club Board. He enjoyed coaching girls and boys summer ball programs. He always had a huge garden which he enjoyed sharing. After his recent heart surgery this past February, he remained determined to give life everything it had.

He was preceded in death by his parents, two sisters, Marilyn Tuley and Pat Drebenstedt, sister-in-law, Rhonda Dodd and brother-in-law, Marty Stevens.

A Celebration of Life will be held at a later date for family and friends.

Memorials may be made to the Canton Food Pantry, which may be mailed to or left at Arnold’s Funeral Home, 1100 White St., Canton, MO 63435.