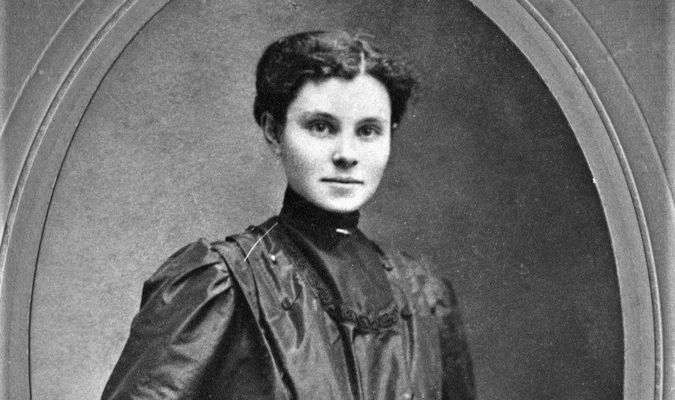 Lodema Andrews was the daughter of John H. and Rhoda C. Andrews. This photograph was probably taken around 1910 when the family lived on their farm three miles south of Ewing on the present day Wilma Chipman farm.

The Lewis County Journal, (Monticello) dated March 8, 1912 has a column headline stating "The Grim Reaper Busy at Ewing... Dreaded Spinal Meningitis Fatal to two babies --- Sudden death of Lodima Andrews --- Ewing Notes".  The article talks of the deaths of other infants in the area, then the final paragraph speaks of Lodima Andrews (died March 1st)... "The community was shocked to hear of the sudden death of Lodima Andrews, after but a day's illness.  She was in Ewing Thursday in perfect health.  Friday morning Dr. Clarence Frame was called and found her suffering from appendicitis.  She died Friday evening and was buried in Durham on Monday.  She leaves a host of friends in Ewing, where she attended High School last winter.  She will be sadly missed by her father and brothers. "

Note the different spellings of her first name:  Her obituary spells it "Lodema", the newspaper spelled it "Lodima", and the family tombstone in Durham has it "Lodeima"  her death certificate spells it "Lodima" and states her cause of death as cerbro spinal meningitis.  The undertaker was Hiram Leach of Maywood.

This is interesting to me in that the Andrews family made their home and living on the same farm where I grew up and still call my home.  This young lady, along with her mother, Rhoda, who died only 2 years before her daughter,  both died at our farm, our home,  about one hundred and ten years ago.