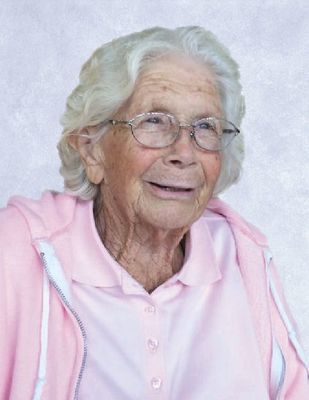 Wilma I. Chipman, 89, peacefully passed away June 9, 2020 at Country Aire Retirement Estates, Lewistown, Missouri.  The local Ewing, Missouri area will mourn the loss of a beloved member of the community, who was known for her desire to help others, hard work, determination and love.

The fifth child; the first daughter, of the family of eight kids during the Great Depression, Wilma Irene Curtis was born on Sunday, May 10, 1931 west of LaPlata, Missouri to Ray and Madge (Tuttle) Curtis. When Wilma was very young, the Curtis family moved, not far, to a farm northeast of Gifford, Missouri, where the Curtis family called home.  Hard work was the way of life, with farming and taking care of animals of all sorts. Imagine Wilma as a little girl, working with the horses which the family used for farming, or milking cows, cleaning out the chicken house,  seeing her going to her uncle Dell and aunt Lille’s home which was close by to get some homemade bread her aunt had made and that Wilma could smell a long way off,  Imagine Wilma going into town, taking a nickel she was given to see a picture show and buying a soda with her brothers and sisters and friends.  See Wilma walking the mile or so to the Curtis School that she attended (named after her great-grandfather, who had started that school near where they lived) and on her school lunch break, during the winter, with her classmates and friends going sled riding down the hill from the school with Wilma laughing and smiling.

At about 20 years old, Wilma with her first husband and her two little girls, Jeanie and Barb, made their home on south 4th street, in Quincy, Illinois.   Wilma, soon became a single mother and worked at many jobs to support her two little girls, including cleaning the Illinois State Bank building, Sunset Home,  and eventually at a large Quincy factory called Motorola.

In 1959, Wilma, with her new husband, Hobart Chipman and her girls, Jeanie and Barb, moved back to Missouri; the family bought a farm south of Ewing.  Hard, yet very enjoyable work made a living for the family.    Wilma continued to work at Motorola as well to supplement the family income.  In 1968, Wilma and Hobart had a son; Glenn, and later that same year they moved into their new house that they built on the farm Wilma and family enjoyed raising cattle, sheep, hogs, horses, and all kinds of chickens, geese, ducks, turkeys, and guineas.

One of Wilma’s favorite times of the year was while putting up the hay.  Wilma enjoyed raking the hay, driving the tractor as the hay help picked up the bales to put on the wagon.  Wilma always enjoyed being outside with the boys working on the farm;  there wasn’t anything she wanted to do more;  she absolutely loved it.  Wilma also enjoyed horses; she had a team of ponies that she would drive pulling an antique buggy she had in parades, or hauling the homecoming king and queen at Culver Stockton College.  She even once portrayed Mrs. Santa Claus driving the buggy in Ewing.

Wilma got a job as a school bus driver for the Lewis County, C-1 Schools, where she drove for over 30 years.  In 1979 Wilma and Hobart purchased a building in Ewing, remodeled it, and started a restaurant and Laundromat; named Wilma’s Cafe and Laundromat.  Wilma’s Cafe soon became a popular hangout for the locals, with the serving of breakfast, lunch and dinner seven days a week.  Many times, lunches were busy enough to have people waiting for a table.  In 1983, the business in Ewing was sold and Wilma began farming on her own full time, as well as driving the school bus.

On the farm, Wilma raised cattle.  She loved being around them and loved being outdoors, doing the farm chores, and working on projects that needed to be done.  She always had a soft heart for any animal that had a hard go of it.  Often having bucket calves that were pets that she would have named.  Several times she even took an orphaned baby deer and raised them as pets.  Dogs were also a part of her farm life, especially as she grew older, her dogs were very important companions to her.

As a school bus driver, Wilma took as many extra-curricular trips as she could.  She enjoyed going to ball games and other field trips.  In the summertime she drove the bus for the corn detasselers.  She really enjoyed driving bus trips for the Highland FFA.  She became close to many of the FFA students at Highland and really took an interest in them.  The Highland FFA honored her with a Distinguished Service Award.

In later years, Wilma enjoyed going to area car shows.  She owned a number of historical vehicles including a 57 Chevrolet Impala, 28 Model A, and a 72 Chevy Cheyenne pickup, among others.  She was a member of the Mississippi Valley Car Club, the Lug-Nuts Car Club and the NEMO Car Club.  On weekends Wilma would be seen driving one of her cars in parades and at area car shows where she enjoyed seeing other old car enthusiasts, and competing for trophies, which she had won many of.

Wilma was preceded in death by her parents: Ray W. and Madge H. Curtis; brothers:  Leon Curtis and wife, Bonnie;  Harlen Curtis;   Junior Curtis and wife, Mary Belle;  Wendell Curtis and wife, Joyce;   sisters:   Aline Young;  and  Mae Mathes.  All of whom were from the general area of LaPlata, Atlanta, Gifford and Yarrow Missouri.

Wilma would want to be remembered as a common person.  Wilma was a good hearted, down to earth, hard-working lady.  She never put on airs to be someone she wasn’t.  She enjoyed being around ordinary people as she would refer to them.  If you needed anything;  Wilma was there to help you.  She wanted to help.   She wanted to be a part of your lives, as she wanted you to be a part of hers.   Wilma didn’t want to be just a bystander, she wanted to be right in there doing it with you.  If Wilma got an idea and wanted to do something, she did it.  She didn’t want to quit. She wanted to go on.  Wilma showed others what being human was. And that is to be yourself.  As many people who knew Wilma will think of her; will you, yes, you the reader, please do so by being yourself and doing what is in your heart to do.

The family would like to thank each and every one who so kindly and willingly assisted Wilma in the last years of her life, including caregivers, and friends who visited, at Wilma’s home, and employees of the Country Aire Retirement Home.  May each of you have such friends when grief comes to you and may God in His great love and mercy bless you all.

The family suggests memorials be made to the Durham Cemetery Association or to the Ladies Auxiliary of Country Aire Retirement Estates.