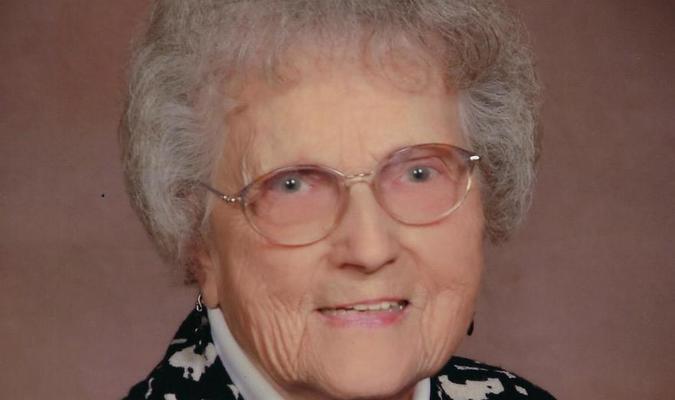 The daughter of Henry C. and Linnie Briscoe Jenkins was born on April 16, 1930 at Monticello, Missouri.

Thelma was a member of the First Baptist Church of Monticello. She was Past Worthy Matron of Monticello Chapter 383 O.E.S., Past President of the 20th Century Club, member of the Seven Hills Extension Club and Monticello Extension Club. She co-owned and operated Humphrey Feed and Seed in Monticello. She also worked at the Lewis County Courthouse and retired from the Lewis County Health Department. Thelma raised dogs for many years, liked to play Bingo and loved spending time with her family and friends.

She was also preceded in death by her parents, sister, Erma (Ross) Ray and a brother, Linton (Carol) Jenkins.

Burial was in the Monticello Cemetery at Monticello, Missouri.

Memorials may be made to the American Cancer Society or the First Baptist Church of Ewing.