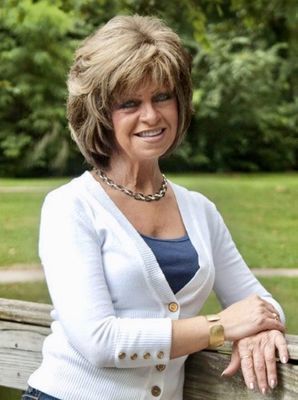 Kathy Jo Steinbeck died August 20, 2020, with her family by her side at her home in Lewistown, Missouri. She was 65.
Kathy was born on December 5, 1954, to parents James and Mary Bayne Eversole from Monticello. Kathy was a 1972 Highland High School graduate and earned her Gem City College Cosmetology degree in 1994. She operated her beauty salon, Avenue Six for more than 25 years, earning her much local praise, and professional accolades such as Who’s Who in Professional Business Women. Kathy served the community as Deputy Sheriff/dispatcher for the Lewis County Sheriff’s Department from 1977-1981. She participated civically with Nursing Home Volunteer Week, the PTA, and American Legion Auxiliary. Her flair for the dramatic was showcased in performances at the Golden Eagle Theatre. Kathy was fiercely devoted to her family, friends, and her rescue dogs. She was known for her independent spirit, love of life, love of New Orleans, and vivacious personality.

). Kathy is survived by daughter Amber and son-in-law Philip Dupont of Kansas City, and daughter Kimber and son-in-law Joey Stutsman of Canton. She is also survived by brother Larry Eversole (and his wife Beth and son Michael) and brother Randy Eversole (and his daughters Stephanie Brownell and Samantha Powers). Her beloved grandchildren Caden, Devin, Brendon, Connor, and Cooper will dearly miss their Nana.

Kathy was preceded in death by her father who died in a trucking accident (1955), and her mother who passed after battling cancer (1998