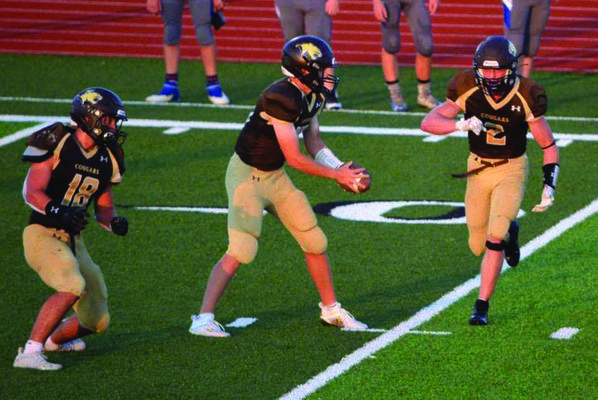 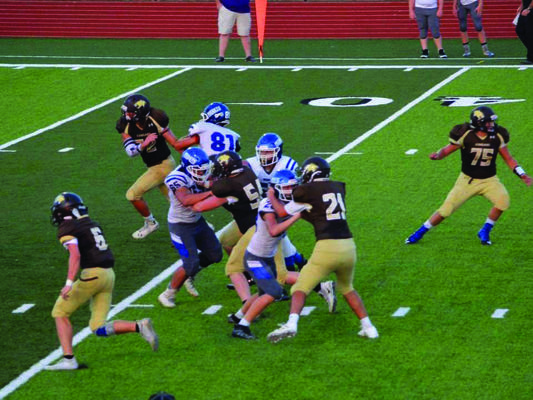 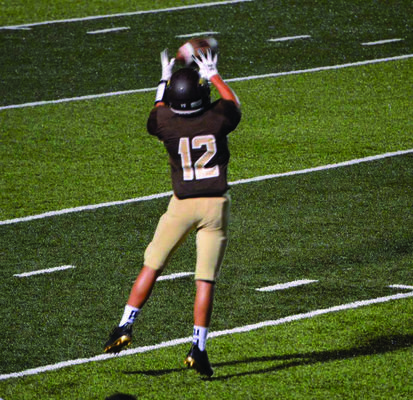 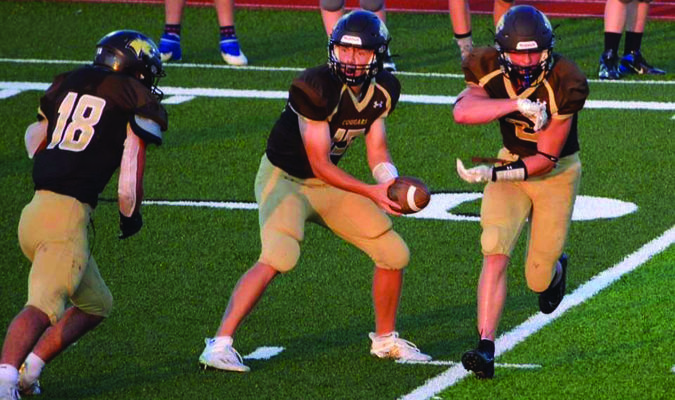 The Highland Cougar football team opened up the season with a big win over Putnam County. The offense got off to a fast start with Drew Mallett connecting with Larry Job on the first two possessions. Putnam was able to score a touchdown and a field goal in the first half, but Mallett scored on a running play. Robert Goehl converted a 2-point play and Noah Jones returned a kickoff 90 yards for a touchdown to give the Cougars the lead at the half 26 to 11. Braedyn Hetzler had a sack in the first half and Austin Carter ended the half with back to back sacks for the defense. Leading off the second half, the Cougar defense shut down Putnam on the first drive and Mallett was able to run it in from 4 yards, Goehl again converted the 2-point conversion. The last two Cougar scores came on a 13 yard run by Goehl and a 76 yard scamper by Mallett with Goehl adding the two points. The final score was 48 to 19. The team turned in a total team effort with passes caught by Larry Job, Noah Jones, Devin Stutsman, Logan Dawson, Braedyn Hetzler, Toby O’Brien, Brayden Logsdon, Robert Goehl, and Gage Dawson. Mallett, Goehl, Alex Oenning, and Job carried the ball for the Cougars. The offense amassed over 400 yards. Pictured are Robert Goehl (18), Drew Mallett (15) in the middle, and Larry Job (2) on the right. Brayden Logsdon (12) getting ready to catch a pass Logan Dawson (6) Austin Carter (72) at the top, Shon Stark (55), Dakota Stegeman (21), and Isaiah Strub (75). The Cougars travel to Mexico, MO to take on Missouri Military Academy on Friday.