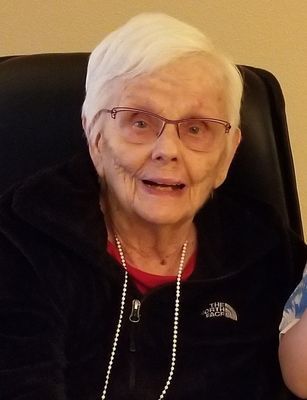 Norma received her degree from Truman State University. She was actively involved in St. Paul United Church of Christ in Kahoka, (office and music programs), and Solano Beach Presbyterian in San Diego, California before moving to Seattle in 2008. She was an avid bridge player, voracious reader, meticulous seamstress and quilter, enjoyed playing the piano and organ and loved spending time with her grandchildren and the great grands.

Cremation rites have been accorded. Inurnment will be in the Lewistown Cemetery at Lewistown, Missouri. There are no services scheduled.

Memorials in her name may be made to the Sever-Clark County Library or St. Paul United Church of Christ in Kahoka, Missouri.
Online condolences may be left at www.arnoldsfuneralhome.net