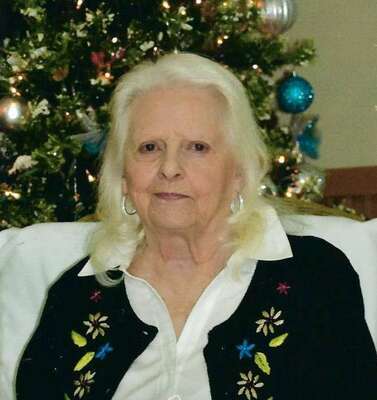 Dolores A. Allen, 86 of Canton, Missouri died January 26, 2021 at the Lewis County Nursing in Canton.

The daughter of Paul and Hazel Frazier Moon was born on October 26, 1934 at Bayard, West Virginia.

She was united in marriage to William M. Allen who preceded her in death on March 3, 1991.

Dolores was a member St. Joseph’s Catholic in Canton. She was a retired dispatcher for the Canton Police Department and after retirement worked at Culver-Stockton College as a dormitory house mother. She liked to sew, crochet afghans and do diamond painting. She enjoyed spending time with her grandchildren.

She was preceded in death by her parents, husband, two sons, David and Paul Bader and two brothers, Jim and Dave Moon.

Cremation rites will be accorded. A graveside memorial service will be held at a later date at Forest Grove Cemetery at Canton.