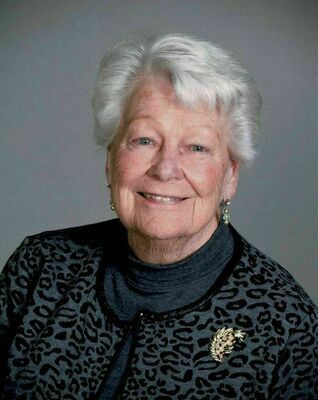 She was born June 22, 1935 in Ewing, MO a daughter of Harold William and Georgia Belle White Vaughn. She married Delbert Murphy and later married Randall Waganer on November 21, 1970 in La Grange, MO. He died December 11, 2001.

Jean graduated from Ewing High School, and after graduation first worked at Producers Creamery in LaGrange, Missouri for 13 years. After this she became the concessionaire at Wakonda State Park for 25 years from 1965 to 1989, starting with a trailer until the bath house was built in 1969. During that time she employed many local young people who she came to love. She retired from the State Park in 1990, and in 1994 moved to Hannibal, MO. While living there she worked at Java Jive for 2 years, Holtschlag Florist for 10 years, and then Walmart and during the winter also worked for Nieman Catering. Jean loved flowers and gardening. Jean was a member of 5th Street Baptist Church in Hannibal and enjoyed working in their Food Pantry program at the Church. She was a regular blood donor with the American Red Cross, and gave over 16 gallons of blood over her lifetime. She also loved to travel, and had been to all 50 States.
Survivors include her children, daughters, Cathy (Randy) Beelman of Palm Beach Gardens, FL, and Roxanne Harsell of Quincy, IL, sons, Michael Murphy of Springfield, MO and Kelly (Kathy) Murphy of Hannibal, MO; 13 grandchildren, 31 great grandchildren and one great great grandchild.
She was preceded in death by her parents, husband, son Glen Murphy and grandson David Harsell.

Burial will be in Memorial Cemetery in La Grange

The family suggests memorials be made to the American Cancer Society or to the Alzheimer’s Association.