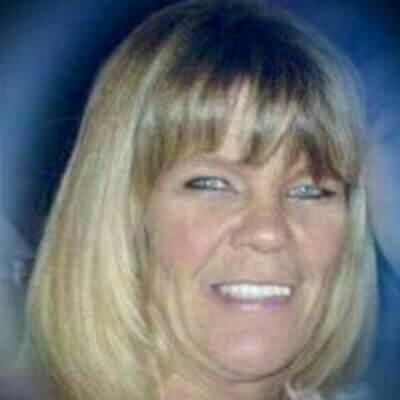 Laura Jean Doran “Laurie” died on Easter Sunday, April 4, 2021, at her daughter’s home in Cleves, Ohio, where she had been visiting and enjoying spending time with family. Laurie most recently resided in Beardstown, Illinois, with her longtime companion, Richard Pagan, prior to her passing.

Laurie was born April 18, 1963, in Indianapolis Indiana to Larry E. and Joyce Swisher Baker. Laurie attended grade school in Quincy, Illinois and Canton, Missouri where she spent the majority of her childhood growing up. She graduated from Canton High School. After high school, she went on to study cosmetology at Flamingo Beauty College.

Laurie treasured her children, grandchildren, and family, and embraced every moment with each of them. She especially loved her role as Grandma. Laurie had a vivacious personality and always made people around her laugh. She cared deeply for her family and never ended a conversation without saying “I love you”.
Laurie was a strong woman who overcame more than her share of adversity. “A strong woman is one who feels deeply and loves fiercely. Her tears flow as abundantly as her laughter. A strong woman is both soft and powerful, she is both practical and spiritual. A strong woman, in her essence, is a gift to the world.” Laurie was truly a gift to many.

Laurie was preceded in death by her mother, Joyce, step-father, Thomas Thompson, and sons, Derek and Dylan Doran.

Contributions to the family in Laura’s memory can be made to Larry Baker and mailed to Davis Funeral Home, P.O. Box 108, Canton, MO 634