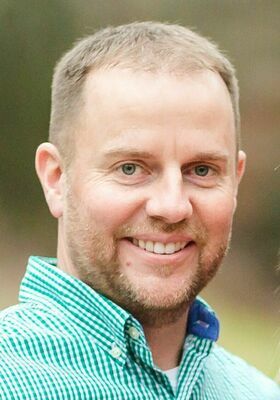 Mr. Jamie Christopher Goodwin, age 45, passed away unexpectedly in the comfort of his home on Saturday, April 17, 2021, in Monticello, Missouri.

Jamie was born March 5, 1976, the son of Randy and Barbara Goodwin. He grew up in Monmouth, IL and graduated from Monmouth High School in 1994. Jamie attended Truman State University where he earned a Bachelor’s Degree in Criminal Justice and was a member of Pi Kappa Phi fraternity

Jamie’s career took him to Monticello, MO where he met his wife, Nicole Geisendorfer. They were married on May 12, 2007 and soon after were blessed with three children, Evan, Emery, and Ean.

Jamie had a passion for the outdoors and loved to hunt and fish. He was an avid Chicago Cubs and Bears fan and passed that love on to his children. In recent years, he enjoyed farming with his father-in-law and building his own cattle and goat herds. Above everything, he loved spending time with his children. He passed his love for hunting, fishing, and trapping to his children and spent countless hours coaching their teams, singing in the truck on their way to the farm, riding horses, and raising prize goats. Jamie was a strong and steady force in the lives of his family and friends and his quick wit kept everyone smiling.

He spent 20 years as an officer for the Missouri Board of Probation and Parole and in January 2021 started a new career as Lewis County Circuit Clerk.

He was preceded in death by his sister Amy Goodwin; grandparents Albert and Bernetta DeGeeter; Leroy and Betty Goodwin.

Visitation will be held Thursday, April 22 from 3:00 until 8:00 p.m. at the Monticello United Methodist Church in Monticello, MO.

Burial will be at the Monticello Cemetery. The family suggests memorials be made to the Education Fund for Evan, Emery, and Ean.

Online condolences may be left at www.davis-fh.com.