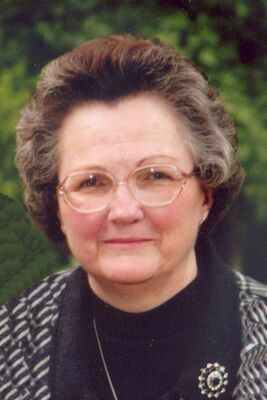 Joyce Ann Solter, beloved wife, mother, and grandmother, age 70, of LaGrange, Missouri, passed away on April 14, 2021 at her home, suddenly from an unknown health issue.

Joyce was born January 30, 1951 in Quincy, Illinois a daughter of Danny Gallaher and Leta (Hull) Gallaher Sandifer, the youngest of five children. She was raised on a dairy farm in rural Plainville, Illinois where the virtue of honest, hard work was instilled in her from a young age.

She was a 1969 graduate of Payson-Seymour High School and subsequently graduated from Gem City Business College. She enjoyed work as a secretary at South Side Bank in Quincy, Illinois until she left the workforce to perform her greatest joy: being a wife and mother.

She married Larry Bruce Solter on August 14, 1971 in Payson, IL and spent the last 49 years as a loyal, devoted, hardworking, and loving farmer’s wife. Together, they resided on the farm outside of LaGrange and raised hogs, corn, soybeans, milo, and four children. She took great joy and pride in the title of “housewife” and all her energy and time was always focused on taking care of others. She always put others, especially her husband, in front of herself.

She had a passion for reading and used books to travel the world without leaving the farm.

Later in her life, she worked several years as the branch manager at LaGrange Public Library. She loved the patrons and the books and took great joy in sharing her love of reading.

Her greatest joys were her children and grandchildren and the beauty of the ordinary moment, like her favorite flower, the dandelion, when most saw a weed, she saw God's beautiful creation. She enjoyed sunsets on the farm, classical music, word games and everything about Christmas. She loved hosting holidays, birthdays, and events, and was always the one behind the scenes keeping everything going and everyone hydrated and fed.

She will be remembered as extremely kind and caring to everyone she would ever meet. She would strike up a conversation with anyone nearby and would have given the shirt off her back and her last penny to help anyone in need. She was a member of Richfield United Methodist Church in Plainville, Illinois and was a firm believer in the power of prayer.

She has been reunited with her father and mother, granddaughter Vidalia Leckbee, a niece, Judy Martin, step-father Roy Sandifer, and brother-in-laws Ken Stotts and Jim Cobb.

Burial was in Marks Cemetery in La Grange.
The family suggests memorials be made to St. Jude Children’s Hospital or to the Charity of the donor’s choice.