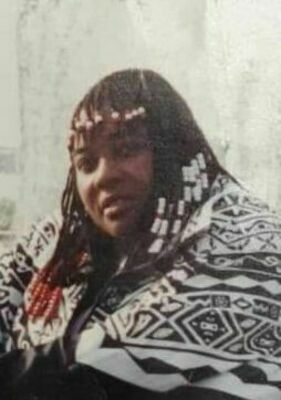 She was born August 7, 1957 in Quincy, IL a daughter of Stanley Lee Tate Sr. and Dorothy Ann Robinson Scott.
Karla was a member of Green Chapel Baptist Church in La Grange, MO. She enjoyed going to church, singing in the choir and running her kids choir. She enjoyed having fish fry’s and was a fan of the Dallas Cowboys. She loved her family very much and those that knew her know that she was a very outspoken woman.
Survivors include her sons, Stanton Tate (fiancé Erin Cheney) and Durrell Tate of Quincy, IL; and Perry Nixon of Quincy, IL whom she treated as a son; siblings, Kathy White of Decatur, IL, Kimberly Scott of Decatur, IL, Floyd Mathew Tate Sr. of Fayetteville, North Carolina; also numerous grandchildren and six great grandchildren; also her ex daughter in law, Tonja Anders. She was preceded in death by her parents, two brothers and one sister.

The family suggests memorials be made to Davis Funeral Home at P.O. Box 146,