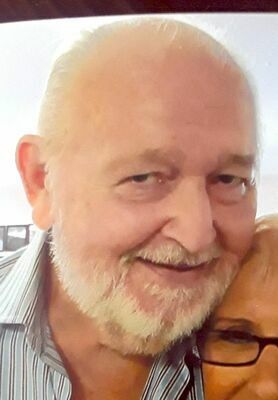 Patrick Rex Murphy departed this world and the life he has known at 5:15 p.m. on Wednesday, May 26, 2021 to take up residency in his new home—his custom—made mansion in the sky to live evermore with his Lord and Savior, Jesus the Christ! No more sorrow; no more pain! Hallelujah, Amen! But, oh, how I miss the LOVE OF MY LIFE!
Patrick was born on December 31, 1941 to Roy Oliver Murphy and Erma Lucille Rice Murphy at Keokuk, Iowa. Patrick attended several schools during his childhood, as his parents moved to different locations. He excelled in music and won many vocal awards as he participated in music contests during his high school years. He also participated in band and marching band, playing the tuba. He graduated from Revere High School as Valedictorian. He was a little on the ornery side, and got into trouble every now and then with his parents He lived in town and on the farm. He dearly loved living on the farm.
Patrick married Norma Jean Cochran in May 1960. They were married for 27 years and had four children. When they were first married Patrick worked for Ozark Airlines in Burlington, Iowa. He later transferred to Owensboro, Kentucky, and then moved back to Burlington, Iowa. Pat then went to work for Farm Bureau Insurance as an agent, then as an adjuster. He held several different positions, including Manager, which he truly did not like! They moved to Ottumwa, Iowa.
Patrick found his career when he joined the Metropolitan Life Company. He was very successful and won many awards and wonderful trips for his family. He retired after 31 years, but could not be content remaining at home.

Patrick and Norma Jean decided to move to Florida in April 1986. He began a window cleaning service in St. Lucia, Florida, cleaning windows in an exclusive housing development. He later went to work for a Jack Nicholas Golf Course there, helping with designing, landscaping, and upkeep of the greens and plants. He loved it! Pat and Norma Jean divorced in April 1987.

Pat moved back to Keokuk. Iowa near his brother, Michael. He eventually met me in December 1988 while I was the Choir Director at his brother’s church. He quickly became the Love of My Life, and a huge part of my children’s lives. We were married on April 28, 1989 in Fort Madison, Iowa. Six months later he helped me bury my daughter, Kyra. We have been married 32 years, and have gone through many trials together.
Pat was a man who could not sit still and do nothing, until Covid-19 hit us last year. He driven an 18-wheeler for Gully Transportation, but joined McNay Trucking after we were married. He had to quit after slipping on the ice on the steps of his truck while preparing to leave on a delivery. He hyper-extended his leg and knee, and ultimately had to have a complete knee replacement—both at the same time.
His second career began when he started driving a Motor coach for Burlington Trailways in Burlington, Iowa. He fell in love with it! He has always been a “people” person, and the “Coach” filled the bill for him! He drove for over 20 years and made new friends wherever he went. He drove Line Runs and Special Tours. He included me in some of those trips. We had a wonderful time! He transferred to Quincy, Illinois in 1994. We lived there for 16 years. He retired in 2007 so he could take care of me after I had a mini-stroke and could not be left alone. He witnessed for Jesus on every trip he made.

We moved to Missouri in 2010. Since then, Patrick has grown spiritually, and realized how important his walk with Jesus truly was. We became members of Life Tabernacle Church in Canton, Missouri, and his walk with Jesus became much deeper. Since our marriage, Pat has always wanted to be baptized with the in-filling of the Holy Spirit and the evidence of speaking in other tongues. God answered his prayers on June 2, 2019, when he was 77 years old! A very short time later he was baptized in Jesus name! He has said many, many times over that he has never known such a loving church! I personally am so grateful to Bishop Paul Kinney and Pastor Phil Darnell for helping him better understand the word of God, and living his walk with God!

Pat was preceded in death by both sets of grandparents, parents, several aunts, uncles, cousins, and daughter Kyra.

Pat has suffered from Parkinson’s Disease for the past 10 years of his life seriously declining since November 2019.

I know he is ecstatically happy in his new Heavenly home…. smiling, adding his beautiful voice to that glorious choir, walking the streets of gold, having all of his questions answered by Jesus, and chatting with friends, family, and the Saints of Old. I will love and miss my beloved Patrick forever until I join him one day when Jesus calls me home.

Memorial services will be held, Saturday, June 5, 2021 at 2:00 p.m. at Life Tabernacle Church in Canton, Missouri with Bishop Paul Kinney officiating. Visitation will be held from 1:00 p.m. until time of services in the church.

The family suggests memorials be made to the American Parkinson Disease Association.

Online condolences may be left at www.davis-fh.com
Obituary written by Karen Murphy