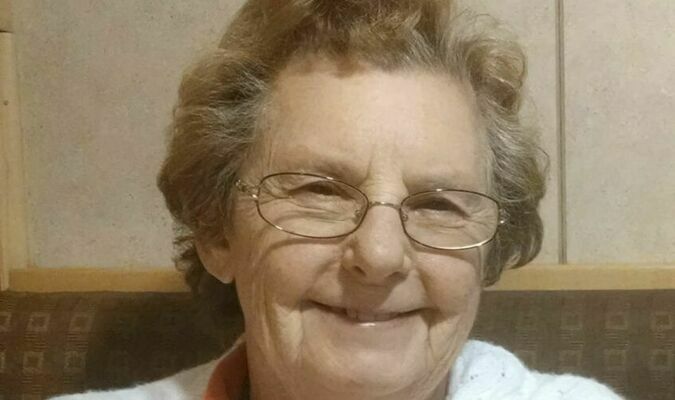 Mary “Joan” Abell Powers, 82, of Durham, MO went to be with her Lord and Savior on August 16, 2021, she was at home surrounded by her loving family. Joan was born in the home of her parents, the fifth of thirteen children of Steve James and Goldie Mae Wheeler Abell on December 4, 1938. She graduated from Ewing High School in 1956. She was united in marriage to Donald Gene Powers on June 10, 1956, they celebrated their 65th Wedding Anniversary this year.

Joan was a member of the Durham Baptist Church since she became a Christian in childhood, and served as the Church Clerk for more than 35 years, was the chairman of the Activities Committee at the church, organizing numerous fellowships and evangelistic events for many years. Joan and some of the ladies of the church formed a group they called, Dorcas Piece Makers, the group pieced and quilted quilts for all of the babies born in the surrounding community. They made and donated dozens of quilts annually for the Missouri Baptist Children’s Home, St Louis for the Strawberry Festival Fund Raiser. Joan was an active member of the church and served her Lord in any way that she could, claiming the gift of hospitality was given to her by God and endeavored to do all that she could for her Lord to serve others in His name.

Joan started Family Tree Quilting in 1988 and continued to piece and machine quilt quilts until early 2017, when she passed the business off to her granddaughter, she baked and decorated wedding, birthday, graduation, and anniversary cakes for events for her family and the community for many years. Joan never met a stranger, new acquaintances became lifelong friends within a matter of minutes.

Donald and Joan owned Powers Papillion’s and More raising Papillion and Yorkie puppies for many years and still have friends who contact them to share information about their dogs from many states in the country. Joan spent her entire life serving her God, family and friends.

She was preceded in death by her great grandson, Sammy Bartz, her parents, three sisters, Hazel Smyser, Betty Perrine and Sandra Abell (only lived a few hours after birth) three brothers, Bobby, Steve, and Joe Abell, and stillborn twin brothers; Lonnie and Lannie and her best friend and sister in law, Flossie Powers Clow, father and mother in law, Gene and Florence Powers, sisters in law, Rosemary Olson and Patsy Catron and other relatives and friends.

Burial was in the Durham Cemetery, Durham, Mo.
The family suggests memorials be made to the Durham Baptist Church.

Online condolences may be made at www.davis-fh.com