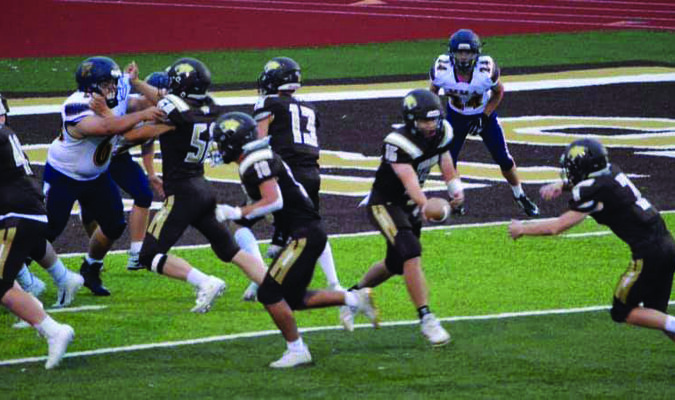 The Highland Cougars hosted Missouri Military Academy in their home opener on September 3. The Cougars won 61-0. Robert Goehl ran the opening kickoff return back for a touchdown and also ran for two more touchdowns. Alex Oenning and Drew Mallett ran for one touchdown each Drew Mallett threw three touchdown passes. He threw two to Cameron Bringer and 1 to Devin Stutsman. On defense, Cameron Bringer and Devin Stutsman each had an interception. The defense played very well and shut out the Colonels. The Cougars are scheduled to travel to Clark County Friday, September 10.

Thrill On The Hill Marching Band