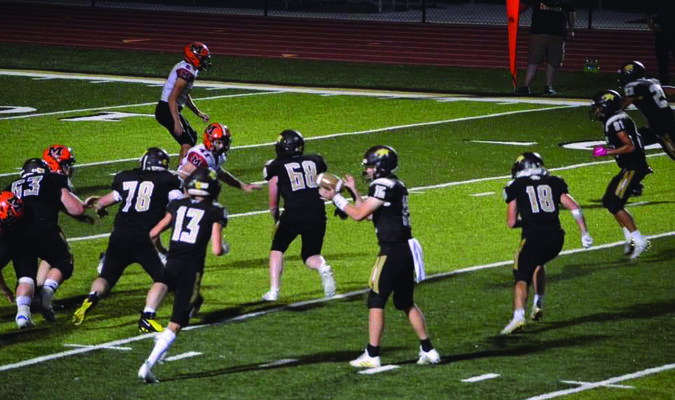 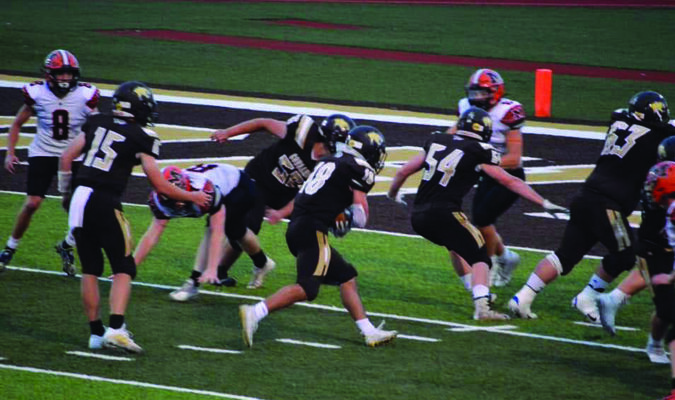 Robert Goehl #18 going for the score after receiving the ball from Drew Mallett #15. Also pictured is Aidan Lay #56, Will Harmon #54, and Blake Kaylor #63.
Previous Next

Highland hosted Macon for Senior Night on September 17. The Cougars lost a heartbreaker against the Tigers 32-30. The boys played their hearts out, but lost the close contest. Cameron Bringer continued his interception streak. He now has 5 interceptions in the first 4 games of the season. Robert Goehl and Drew Mallett each ran for over 100 yards and a touchdown each. Cameron Bringer and Devin Stutsman each caught a touchdown pass from Drew Mallett. The Cougars are scheduled to host South Shelby Friday, September 24 for Homecoming.