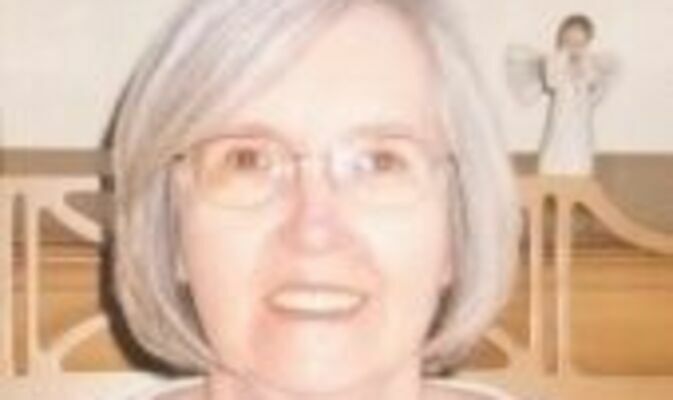 Kaye was born Leuranda Kaye Solter on September 23, 1943 in LaGrange, Mo., to Roy and Catherine Solter. She was the fourth child of five. Survivors include her sisters Alice Lee Solter, Maxine (Larry) Wolfmeyer and Patty (Jerry Logsdon) and one brother, John (Janet) Solter. All siblings live in La Grange, Mo.

When interviewed many years ago about her life, a question and answer that we can all be grateful for was “When you were young, what did you want to be when you grew up?” And Kaye’s answer was she always wanted to be a mom. Although her runner up answer was a flight attendant. From her four kids, to kid-in-laws to grandkids to mentees and the middle school kids who were around when she was the school secretary, we were all blessed that Kaye chose this maternal route.

Kaye graduated from LaGrange High School in 1961. She worked in her family’s grocery store, Solter’s Superette, until she was married. While Jerry served overseas in the Army and later farmed, Kaye managed the household - having four children in nine years and ensuring a hot meal on the table, a cold meal delivered to the fields and bills were paid. She even was the architect behind the home Jerry and his friends built in 1980 that she and Jerry lived in until 2017.

In addition to managing the household, Kaye served as secretary at the Palmyra Middle School from 1982 to 1986. She joked the kids she got to know best were the ones waiting to visit the principal, but those were often the ones near and dear to Kaye’s heart. Kaye later worked part-time at the Taylor post office every Saturday and whenever a substitute was needed. She also found joy mentoring several kids in the Palmyra School system. Kaye was an active member of the Mt. Olivet United Methodist church. She taught Vacation Bible School and was the treasurer for many years. Kaye was thrilled once grandchildren entered her world and found no greater joy than loving them.

For several decades, Kaye was a member of the Billy “Crash” Craddock fan club, even driving a car with license plates that read “BCC FAN.” She and Jerry traveled the country to watch Crash concerts and she co-hosted many annual parties in Nashville, Tenn., that celebrated “Crash’s” birthday. Kaye also took great delight in following the Chicago Cubs and was an avid reader and loved her candy and sweets. She enjoyed her exercise classes at the YWCA and found joy in producing her annual Christmas newsletters and sending cards.

Family and friends meant everything to Kaye. She enjoyed sibling gatherings in LaGrange, the annual Solter reunion and having her kids and grandkids gather at her house on the farm. Later in life, Kaye and Jerry became interested in genealogy and traveled to Kentucky to meet newly found relatives on the Carpenter side.

If there is a quote that sums up Kaye’s life, it would be “If you could be anything, be kind.” And that was Kaye. Kind, compassionate, empathetic - please remember and honor her by living these words.

Private graveside services were at the Carpenter Family Cemetery.

The family wishes to thank Community Loving Care Hospice and the nurses and staff who treated Kaye with compassion at Maple Lawn.

Memorial contributions may be made to the Kaye Carpenter Benevolent Fund to help support children in need in the Palmyra R-1 School district. Contributions may be dropped off or mailed to Lewis Brothers Funeral Chapel, 424 S. Main St, Palmyra, MO 63461.

The family is being served by Lewis Brothers Funeral Chapel in Palmyra, Mo.