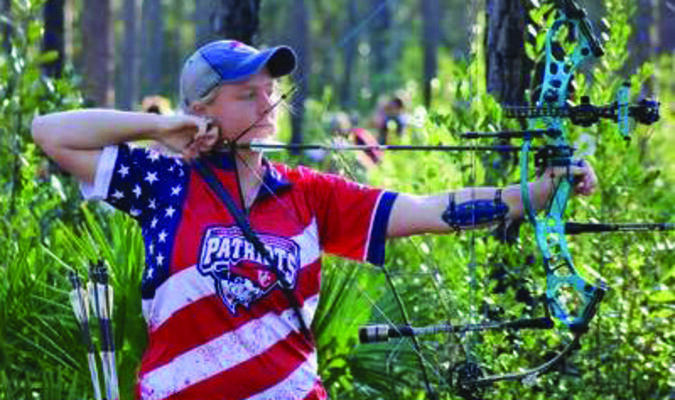 Brooke Miller, a Lewis County resident, has started her senior year at Cumberland University in Williamsburg, Kentucky with a Gold Medal and a Bronze Individual medal at the Mid-South Conference 3D Championship on Sept. 24. Brooke is the daughter of Kevin and Lori Miller of Lewistown, Mo.

She has been decorated for the following accomplishments during the last three years at Cumberland University. She is one of two shooters to podium in their first five national events and ranks second in US Women’s history. She is the most decorated Patriot Women’s compound shooter in the program history as she has tallied two individual golds. Miller is a three time USA Archery All-American and has been part of eight team podium finishes, with six golds and two silvers.

Miller has been named the MSC Shooter of the Year, Freshman of the Year and two times All Conference.