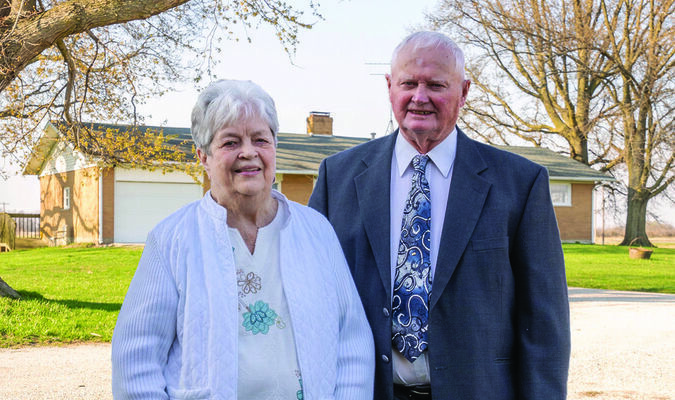 Glenn and Sharan Krueger of Monticello, MO celebrated their 60th wedding anniversary on December 9 with a family dinner in Hannibal.

Glenn and Sharan were married by the Rev. E.J. Otto at Our Redeemer Lutheran Church in Quincy IL in an evening wedding.

After the chilly December wedding the couple made their first home in Canton, MO and moved to their current family farm north of Monticello in 1963 where they have raised their family and still farm today.
Mrs. Krueger is the former Sharan Schrader of Quincy IL and the daughter of the late Alfred and Evaleen Schrader. Mr. Krueger is the son of the late Arthur and Julia Krueger of Monticello.

The couple are the parents of three sons: Roger Krueger (Vicki) of Roach MO, and Ronald Krueger of Monticello, and Ross Krueger(Ginger) of Webster Groves MO .