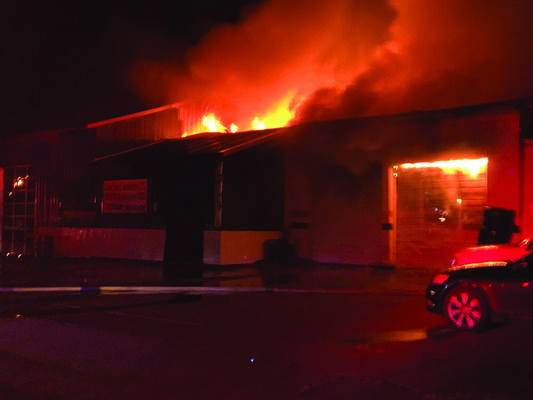 The Canton Tire and Automotive shop at 401 North Fourth Street in Canton is shown with heavy flames engulfing the business in the early morning hours of Dec. 13. The Canton and LaGrange Fire departments as well as other area emergency crews arrived on the scene shortly before 1 a.m. and battled the blaze for a couple of hours. The building received heavy damage. No injuries were reported and the cause of the fire was undetermined.