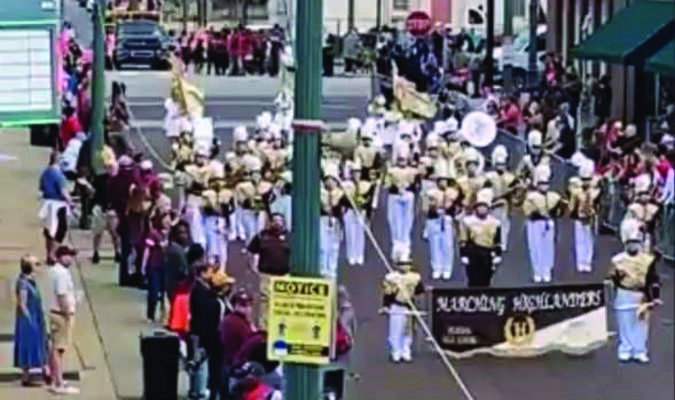 The Marching Highlanders are shown at the Liberty Bowl Parade on Beale Street in Memphis, Tennessee. The band took home a second place trophy in the parade competition and also won the Captain Awards for best Drum Major and Best Auxiliary (Color Guard). The band members left for Tennessee on Dec. 26 and returned Dec. 29.