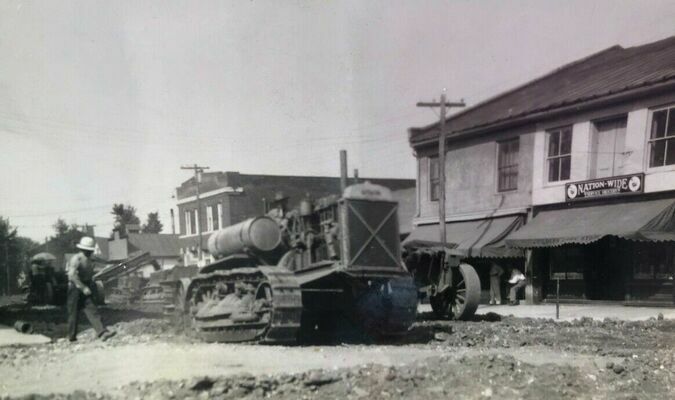 These old photos provided by Mike Lowe of LaGrange, show road and highway construction probably sometime after 1931. Information on the backs of the photos indicate they were given to Gene Foust by Mr. Painter. Gene Foust was the father of the late Cheryl Foust Lowe.. One of the photos is looking at what is now Highway B, formerly Highway 61. The photo shows heavy equipment on the road just north of the four way stop in LaGrange. In the background is the Farmers and Merchants Bank, Ridge Garage and Solter’s Superette. The other photo shows construction on Route C, just west of the four way stop, the brick building closest to the equipment is now where Casey’s is located, the other building in the background was the former LaGrange City Hall. All the buildings pictured are no longer standing with the exception of the old city hall building on Route C.