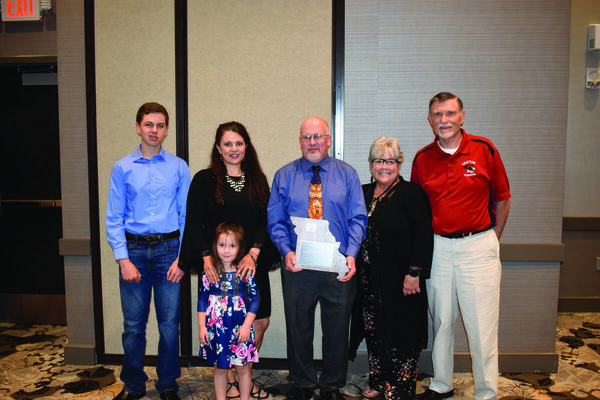 Coach Andy Anderson was inducted into the Missouri Basketball Coaches Association Hall of Fame. on April 23 at the Doubletree Hotel in Springfield, Mo. Pictured are Coach Anderson with his wife Beth and children Wyatt and Alexis, Cliff and Maxine Hark. Cliff Hark was assistant basketball coach for several years. Anderson had a very successful basketball coaching career at Canton High School with nine District Championships, two state quarter final appearances and a third place finish in 2014 and a fourth place finish in 2015 in the Missouri State Basketball Tournament. More will be included in next week’s edition.