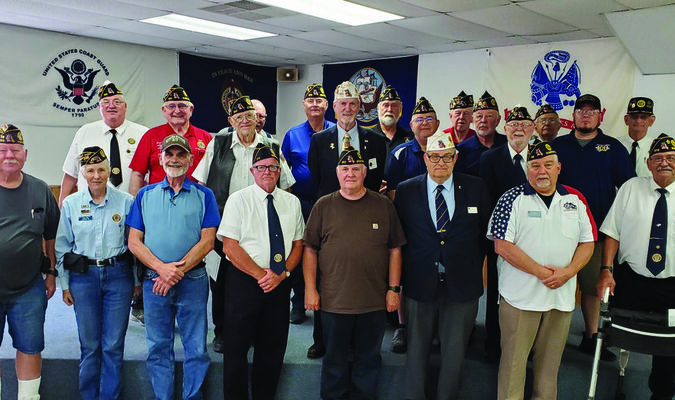 On Sunday, June 5, 2022, District 1 of the American Legion and Auxiliary met at the Shelbina Teachenor Post 376. Prior to the separate meetings Becky Albert, Coordinator of the Quincy Hospitality House gave a short presentation. Since 1998, the Quincy Hospitality House has been a place of rest for patients and families accessing healthcare in Quincy and the immediate area. They are excited about the opening of their new facility, Teresa Adams House later this year.

Linda Maddox, District 1 Auxiliary President called their meeting to order with Gail Dietrich, Chaplain giving a prayer. This was followed by the Pledge of Allegiance and the Preamble of the Constitution of the ALA. Roll call was answered by 7 Units with 8 people present.

Minutes of the last meeting and treasurer’s report was given by Wanda Burnett, Unit 29 Macon. Both were approved. Vice-President Alicyn Magruder of Unit 376 Shelbina gave an update on membership and the upcoming Girl’s State. District year-end Impact Numbers were presented by Pres. Linda. District Officers that are going to Department Convention July 14-17 at the Hilton St. Louis Airport are Pres. Linda, Jessica Clay, Wanda Burnett, Michelle Emmerich, CeCe Spink and Charlotte Weaver.

Next District meeting will be August 7, 2022 at Hannibal Emmett J. Shields Post 55 at 2:00 with snacks and drinks.

Pictured are the Veterans in attendance.

Music in the Park