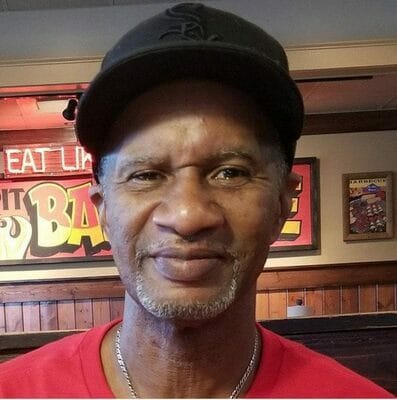 Brett Gipson, 63, of Peoria, formerly of LaGrange, Mo., died June 10, 2022 at his residence surrounded by his family.

He was born September 18, 1958 in Quincy, IL to Robert and Charlotte (Allen) Gipson. He married Carey (Pagel) Timerman on February 11, 2021 and she survives.

Brett was preceded in death by his brother, Bart Gipson, grandparents, Annie and Harvey Allen, and his imaginary friend, Henry.

Brett worked several jobs throughout the years with the most recent being Central Illinois Produce and SC2 in Bartonville.

Brett kept this sense of humor all throughout his cancer treatments to bring smiles to the nurses and fellow patients. Brett’s wish would be for no tears just laughter and lots of storytelling.

The family asks that you bring a covered dish and a memory to share.