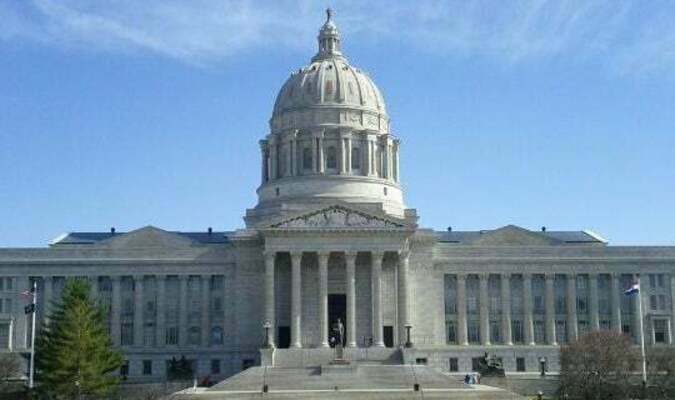 The recent party caucuses of Missouri's legislature provide an example for the U.S. Congress of a more civil and productive approach to dealing with changes after a general election.

Congressional party caucuses have been divided by ideological, political and personality conflicts.

It was one of the most candid and profound statements I've heard from an incoming legislative leader about the next session -- particularly after the Senate had become nearly dysfunction because of Republican conservative filibusters.

"Certainly I hope it is better than the last session," she told us.

"I think we all learned from the last session that once things kind of start going the wrong way they really can go the wrong way fast. And I don't think that this body is immune from what really is happening in our culture. We have lots of tribalism."

O'Laughlin also expressed a vision for the Senate's future.

"The only way to be successful is the ability to not only let other people know what you are thinking, but you need to learn what they're thinking. So, bring people together, hear what it that is important to them, get their perspective, find a way that we can get it done."

Similar words for addressing the deep divide of Missouri Senate Republicans were voiced by Sen. Caleb Rowden, R-Columbia, after he emerged as the Republican caucus choice to be the Senate's top leader as president pro tem. "If I can do anything to facilitate, discuss, working together in a more cohesive way, I'm going to do that."

He stressed his desire to focus on what he termed "the big issues" that include families, foster care and school choice.

But the ideological divide we've seen in the last session runs deep, personal and emotional.

Indeed, one of the conservative Republicans told me before entering the caucus that he would vote against Rowden for the Senate's top leader.

But in the closed-door GOP caucus, the opponent to Rowden withdrew his nomination.

Maybe it was a demonstration of the words of peace from Rowden and O'Laughlin that we heard from them soon after the caucus. We'll see.

A few years ago, House Republicans adopted a procedure that potentially avoids a post-election divide.

Under the House Republican caucus procedures, the caucus chooses it's choice for House speaker well before the general election.

One objective is to give the incoming House speaker more time to prepare and adjust to what are the greatest powers of a Missouri legislative leader.

When the procedure was adopted, I wondered whether it could frustrate any significant policy change as a result of the Missouri elections. But, so far, I've found that it has provided a more stable process for the next General Assembly's session.

In the Senate, however, there are rules and traditions that effectively give any one majority party member power to block the process with filibusters regardless of the leadership.

One of the significant questions for the 2023 legislative session will be whether the words of peace and compromise from the new GOP leaders will have an impact on the Senate.

Or, will it take a change in Senate traditions and rules governing filibusters?

Despite my skepticism, I do sense from post-caucus words of Missouri Senate's future leaders that there might be an opportunity for a path for progress.

Of course, Missouri Republican legislators do not face pressures like those facing Congressional Republicans divided about the 2024 presidential campaign.

[Phill Brooks has been a Missouri statehouse reporter since 1970, making him dean of the statehouse press corps. He is the statehouse correspondent for KMOX Radio, director of MDN and an emeritus faculty member of the Missouri School of Journalism. He has covered every governor since the late Warren Hearnes.]