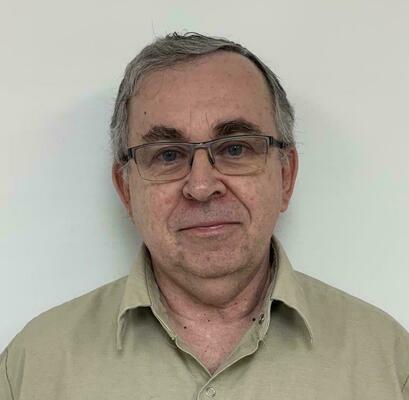 He was born October 10, 1959 in Quincy, Ill., a son of Arthur Dene and Katheryn Joan Hadfield Cludray.

Kenny graduated from Highland High School in 1978, attended Hannibal LaGrange College for two years and graduated from Culver-Stockton College in 1983. He enjoyed playing tennis with his long time friend Doug Mallett and also enjoyed working with his violets and his many other different kinds of flowers. He also liked to play guitar, build model cars, and in his younger years tend to his fish aquariums. He had attended the Durham United Methodist Church.

Survivors include his mother, Joan Cludray of Durham, Mo., and many cousins and friends. He was preceded in death by his father and his grandparents.

Funeral services were held January 17, 2023. at the Ball-Davis Funeral Home in Ewing with Pastor Brian Stone officiating. Visitation was held prior to services. Pallbearers: Doug Mallett, Drew Mallett, Phil Ballard, Brian Leeser, Brian Burner and Jason Keller. Honorary Pallbearer: Keith Mizwicki and Delbert Hoteling. Music:  What a Friend We Have in Jesus and How Great Thou Art.

The family suggests memorials be made to the Quincy Humane Society or the Durham United Methodist Church in care of Ball-Davis Funeral Home, Ewing, Mo.