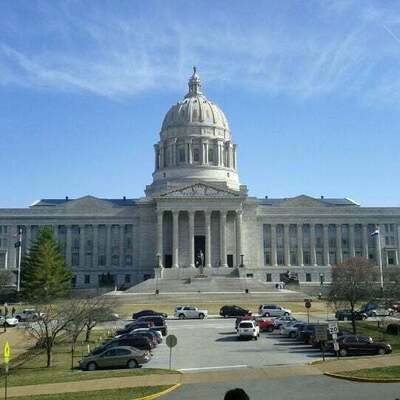 JEFFERSON CITY — Arguments over prohibiting Critical Race Theory and increasing parental rights in schools were heard by the Education and Workforce Development committee at the Capitol on Wednesday.

The committee considered two bills, SB 4 and SB 89, and took public testimony for most of the two-hour meeting. Not everyone who attended was able to testify because of time restraints and instead were allowed to submit their written testimony at the end of the meeting.

Brown argued that there has been a breakdown in the trust between teachers and parents that can be fixed by greater transparency and greater control over what their children are being taught.

He mentioned an event from 2020, where a Rockwood employee sent an email urging teachers to hide race-based teaching. He also believes that the federal government is exacerbating the issue. Brown said the Biden administration had tried to label concerned parents attending school board meetings as “domestic terrorists.”

The bill presented by Koenig has similar aims. The parents’ bill of rights proposed in SB 4 include a right to school transparency, a right to know who is teaching and what the curricula is and a ban on teaching of so-called CRT, which is not fully defined in the bill. The bill also includes a plan to create a state online portal for parents to access all the information they are entitled to as stated in the bill.

“Instead of defining CRT, I’ve defined the activity that we want to prohibit,” said Koenig when asked about the lack of a definition by Sen. Doug Beck, D-Affton.

The activity that SB 4 prohibits, includes but is not limited to, forcing or teaching the beliefs “that individuals of any race, ethnicity, color, or national origin are inherently superior or inferior and that individuals, by virtue of their race, ethnicity, color, or national origin, bear collective guilt and are inherently responsible for actions committed in the past by others.”

Ashcroft spoke in support of both SB 89 and SB 4, saying he wants schools to focus on better academic outcomes and transparency.

“If schools are doing what we all hope they are doing, then they should appreciate the transparency,” Ashcroft said.

Several other supporters of the bills emphasized their support of transparency and easier access to the information through an online portal.

Heather Fleming, founder of Missouri Equity Education Partnership, spoke in opposition. She says while equality is the goal, schools should be focusing on equity. Focusing on equity would require them to critically consider the ways minorities have been held back in this country, she said. Brattin, who chaired the meeting, asked Fleming to define equity.